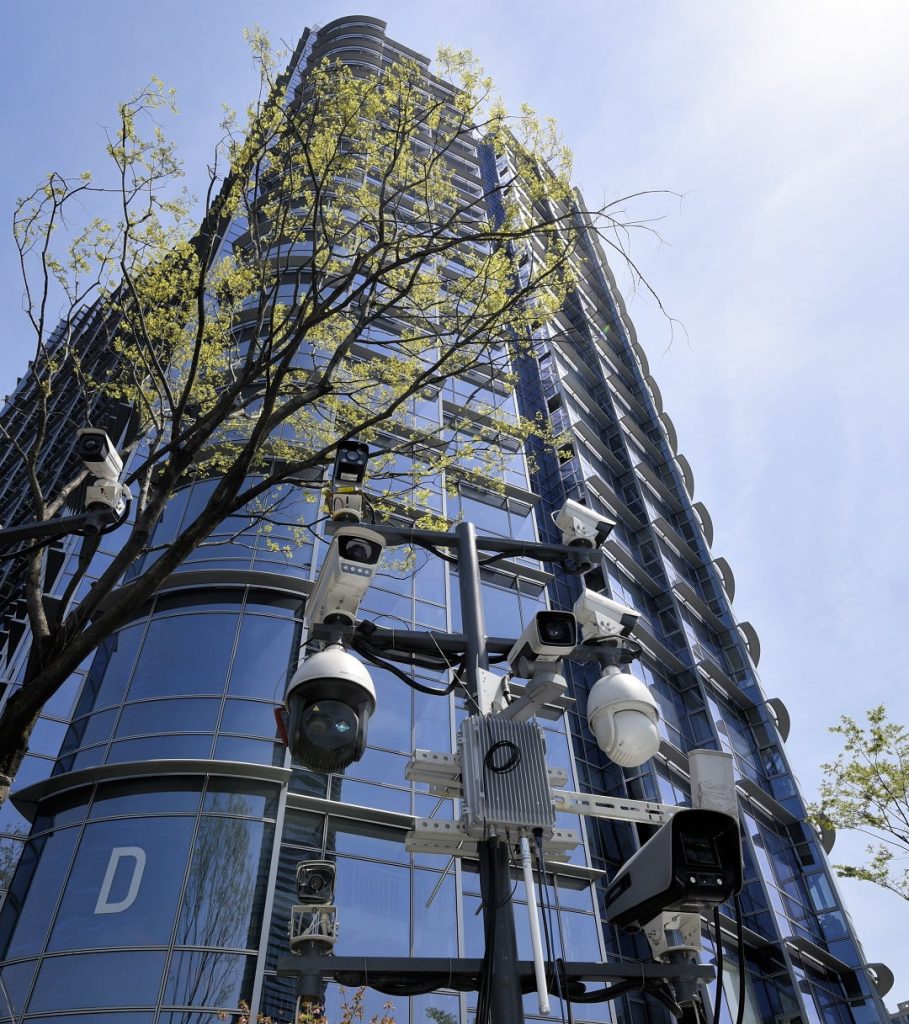 The company’s engineering team has compiled a list of technological trends it believes will gather momentum over the next 12 months, including:

For security cameras, image capturing simulates our sense of sight, extending the power of people’s eyes. But what if security cameras could use other kinds of senses, like hearing, smelling, or even detection beyond visual range, to identify and respond to incidents?

For example, video cameras integrated with centimetre and millimetre wave radars are becoming popular in object detection. With deep integration of radar and video, a multi-dimensional camera extends perception beyond visual range to improve the detection of objects and movement tracking – up to a distance of 100m and in any weather.

Another approach is integrated automobile horn-detection camera. Equipped with sonar arrays, this camera can precisely detect and locate the source of a vehicle’s horn, while identifying the vehicle and generating photos and videos of the event as evidence. This ability can help reduce noise pollution on roadways and in communities with rules against the unnecessary use of horns.

More sensors, like smoke detection, heat detection, or even pressure detection, can be embedded in cameras to precisely monitor and report events or incidents. The multi-dimensional perception trend will powerfully shape security systems and endow them with more capabilities to create safety in the near future.

Artificial intelligence applications have been slowly emerging in the security industry for many years already, but most AI-powered security cameras can only run a single algorithm because of the limitation of computing power, which means they can incorporate only one intelligent function at a time, counting people or counting cars, for example.

Now the computing power of security cameras has been enhanced greatly with the increased performance of AI chips. Multi-intelligence technology will be the trend for the next generation of AI-empowered cameras as several intelligent tasks will be accomplished by one camera.

Take road intersections as an example. In many cities you can multiple cameras installed at intersections to detect traffic flow, to identify violations, to detect vehicle types and license plate numbers, protect sidewalks, and so on. But now, with multi-intelligence cameras, 2 or 3 cameras will be enough for an intersection. Since fewer cameras will be equipped for one application scenario, the cost of equipment, installation, and maintenance and management will all be reduced.

Moreover, scenario-defined cameras will become common as manufacturers can insert different algorithms into security cameras according to specific application scenarios, allowing customers to choose customized functions for their needs.

Merely reactive CCTV systems will no longer meet the demands of security operations teams as they are often looking for new opportunities to enhance their operational efficiency. Many customers are now asking for proactive and comprehensive security systems that combine CCTV monitoring, alarm systems, access control, and even fire protection.

With the development of AI technology, monitoring processes of CCTV systems are becoming more automated by analyzing live and recorded video to detect, classify, and track predefined objects. These processes can be especially effective in proactively identifying events as they happen and extracting information instantly from recorded video.

Meanwhile, proactive and intelligent video analysis enables deployment of valuable comprehensive security systems and improves the return on investment for integration of CCTV and non-CCTV systems. For example, now, when a camera detects an incident, a linkage will trigger the alarm system automatically, telling security personnel to check the surveillance camera live feed. Conversely, when alarm, access control or fire protection systems report an incident, the CCTV system will be activated to verify what actually happened.

Digital transformation to increase productivity is a business imperative for most organizations nowadays, and proactive and comprehensive security systems will be the direction for security operations to increase their efficiency and value.

People want to see more and see with more clarity – pursuing ever higher image resolution has been a key driving force in the development of security industry technology. After the HD era, the Ultra High Definition (UHD) era will be the natural next step.

UHD used to mean expensive but now UHD is benefiting from improvements in transmission and encoding technologies. It is becoming more and more cost-effective for large-scale use in the security industry, from entry levels to the top.

With greater bandwidth and lower latency transmission technology, the smooth transmission of UHD images is becoming possible, and widespread adoption of 4K and 8K resolution cameras will meet real opportunities.
Furthermore, continuously optimized encoding technology – which is vastly decreasing the bitrate of video – is another stimulus for UHD applications in the security industry. As the bitrate of recorded footage is greatly reduced, bandwidth and storage costs are reduced as well.

5. Visibility, Any Time and Any Condition

Most security incidents happen at night, but images and footage from conventional security cameras may easily lose colours and critical details in ultra-low light environments. Low light imaging technologies have become more and more popular in the security industry, enhancing the visibility of objects for identifying details at any time and in any condition.

Another important innovation is thermal imaging, which can detect the heat information of any object with a temperature above absolute zero. Taking advantage of heat zone imaging, thermal imaging technology allows cameras to “see” in low-visibility conditions, such as fog, smog, rain, and snow – even at night. And thermal cameras have huge potentials in various applications, like perimeter defense, fire detection and temperature measurement.

6. Moving to the Cloud

More security devices, including cameras, are being connected over the Internet, making them parts of the IoT world. Thus, moving to the cloud has been a focus for the security industry – especially for video surveillance operations. Why are people enthusiastic about the cloud? It’s because cloud services can bring vast benefits in efficiency, flexibility, cost-effectiveness, and security.

Among security operations, video surveillance as a Service (VSaaS) has been a major trend in the security industry as it is an ideal choice for small and medium-sized businesses to move their video-based security systems to the cloud. It is a technology to host the hardware and software of security operations in the cloud, so that users can access their IP cameras and IoT devices and check video footage or alarm linkage from anywhere. Since no on-site server installation and system configuration is needed, it is often more convenient than traditional video surveillance solutions. On the cloud, users can distribute costs over a contract term and pay for exactly and only the services that are used.

For enterprises running chain stores, demands on VSaaS are increasing greatly. Moving video surveillance services to the cloud, these businesses can quickly and economically centralize their security operations and remotely check the status of their stores. To greet the moving to the cloud trend, security system integrators are also taking hold of VSaaS as it is a good chance to strengthen their business models. With VSaaS, system integrators are able to provide services for their clients using the cloud – such as system checks and remote maintenance – and consistently scale their business with efficiency.

With millions of security devices being connected in IoT, security systems are evolving from single and isolated to open and connected. People are getting more and more concerned about the security of their data and privacy, and accordingly have set higher demands for the security industry on cybersecurity.

To help minimize the risk of security breaches, a multi-layered approach – including network, application, and device layering – that addresses a full range of cybersecurity threats concurrently will be demanded and expected by security organizations and IT departments. Security manufacturers will also have to cover the security of their products throughout the whole lifecycle.

Other trends certain to have an impact moving into the next decade, according to Hikvision, include 5G, big data, smart enterprise operations, and stricter data protection regulations like EU’s GDPR, might also greatly affect the industry in the 2020s.

Close
We and our partners use information collected through cookies and similar technologies to improve your experience on our site, analyse how you use it and for marketing purposes. You can find out more in our privacy policy, and manage your consent at any time.
NASA Installs ICT, Nedap Access Control for MS Queensland

Facebook Conversion API Events (CAPI) help us better understand how you interact with our websites. They allow us to measure the impact of our ads on the website's conversions and they improve ads targeting through custom audiences. When possible, we might share with Facebook information like name, email, phone, address.
Confirm my choices Allow all
Verified by ConsentMagic
My Consent Preferences