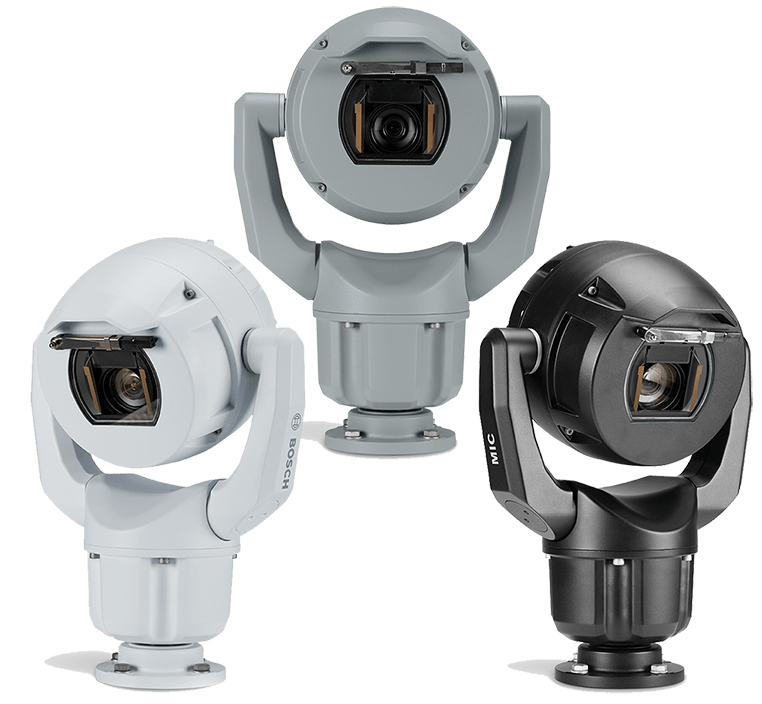 MIC 7100i is the first camera to be released with the fully open Bosch Inteox platform, giving end users, system integrators and application developers freedom for innovation and customization.

According to Bosch, the cameras allow for the easy creation of customized software apps that can be deployed on the Inteox cameras and developers can mix and match apps from the S&ST application store or develop software apps to create a novel solution.

MIC Inteox cameras range from a 4K enhanced model featuring optical image stabilization to a 1080p model in a base or enhanced version featuring Bosch’s starlight technology that can capture colour images down to a level of 0.0069 lux as standard.

With the optional illuminator, the 4K model covers 300m. The 1080p models feature 30x zoom and frame rate of 60 frames per second. When light levels drop to zero, the optional illuminator ensures the greatest level of detail over 550m. Enhanced versions for both 4K and 1080p models also include an in-window defroster to improve visibility and onboard storage capabilities.

MIC Inteox 7100i features rugged housing with superior metallurgy and finish to protect against corrosion, including salt-water, to meet marine requirements. Engineered to endure elements such as high winds, rain, fog and dust, Bosch says MIC cameras can withstand 100 per cent humidity, temperatures from -40C to 65C, extreme vibrations and high impacts (IK10). Meanwhile, a new drive train enables them to smoothly track slow-moving targets. The cameras are guaranteed never to lose their homing position, returning to a preset position over their entire lifetime.

MIC Inteox 7100i cameras support predictive solutions with built-in artificial intelligence (AI). It includes intelligent video analytics, Camera Trainer based on machine learning and video analytics based on deep neural networks (DNN). These built-in AI capabilities enable Inteox cameras to understand what they see and add sense and structure to captured video data with metadata. This process is an important first step in converting video data into actionable insights and building predictive solutions, helping users anticipate unforeseen events and prevent them from happening, according to the company.

In city surveillance applications, the MIC Inteox 7100i cameras can detect abnormalities in behaviors, provide density data and alert traffic operators with insights they can act on to prevent unwanted situations. By adding third-party software apps to Inteox cameras, integrators can customize security systems, enabling them to go beyond their basic functionality.

In turn, app developers can leverage the camera’s metadata, neural network-based video analytics and machine learning to introduce innovative software to the market. The MIC Inteox 7100i object classification (OC) models are made specifically for intelligent transportation systems (ITS) applications. Powered by the edge computation capabilities of the Inteox platform, Bosch says the introductory OC models present a novelty in the field of AI.

They offer a traffic detector, an additional video analytics feature based on DNN that helps distinguish and classify automobiles in congested scenes with precise detail. Possible disturbances caused by vehicle headlights or shadows are ignored, uncovering new ways to improve mobility, safety and efficient use of roadways.

The actionable insights delivered by the cameras’ traffic detector help detect the presence and volume of vehicles to intelligently control traffic lights to keep traffic flowing when monitoring intersections. Bosch says these insights can also enhance automatic incident detection (AID) solutions to improve the safety of people and vehicles in tunnels and on highways.